Our intrepid ghost-hunters - at Dick Turpin’s Inn - The Spaniards Inn, named after two Spanish brothers who killed themselves in a duel after an argument over a woman. 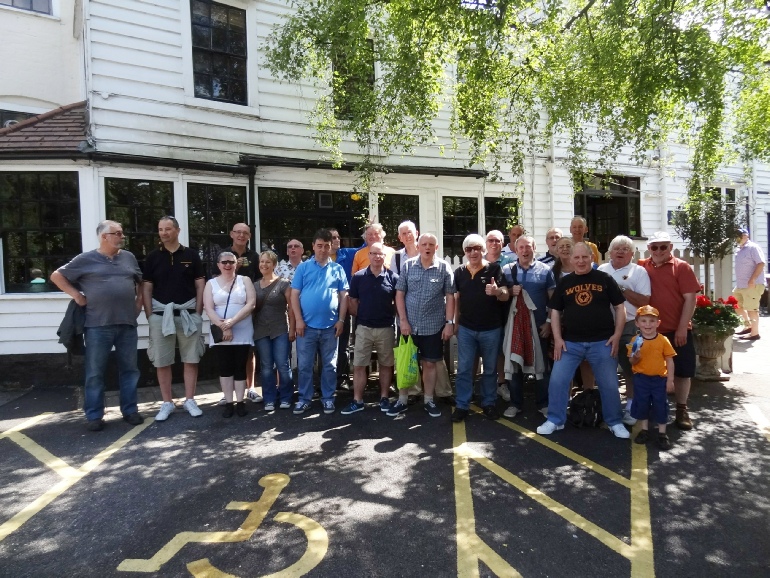 Even before we started Abbswolf started exploring and, in the Highgate School Museum - open Saturday mornings in term time - he found some memories of Wolves’ first goal scorer in the 1907-8 FA Cup win over Newcastle United - the Rev Kenneth Hunt - who then went on to win a gold medal in the 1908 Olympics held at the White City.  He became a schoolmaster at Highgate and in introducing sport to his house (Grindal) also introduced house colours of gold and black which remain until today.

A divergence from the master plan and a breakaway group went to Highgate Cemetery to see Karl Marx, Max Wall and others while Geoff crossed Hampstead Heath heading to the Spaniards Inn.

The hikers hiked past Kenwood House but the Marxists just hitched

With a helpful 210 bus driver to the Spaniards Inn.  This 16th-century hostelry was named for two Spanish brothers, joint proprietors who argued over a woman and killed each other in a duel.  Following this inauspicious start, the pub later became a reputed haunt of highwayman Dick Turpin, who is said to have stabled his mount, Black Bess, here, a remarkable achievement since Black Bess was a ficticious mount dreamed up by 19th Century author Harrison Ainsworth! Fact, however, should never be allowed to get in the way of a good ghost story and so it is that her ghostly hoof beats are said to be heard galloping across the car park in the dead of night.  Turpin himself has been seen inside the pub – a shadowy, cloaked figure that strides purposefully across the bar then disappears into the wall. On the panelled first floor is Turpin’s Bar, where, in winter months, a roaring log fire crackles in an ancient fireplace, and customers have often felt an unseen hand tugging gently at their sleeves

The Duke of Hamilton is over 300 years old

From the Duke we made our way to Hampstead Parish Church to the tomb of John Constable.

One the way we passed a plaque on the wall at the junction with Holly Berry Lane commemorating the site of Hampstead’s first Police Station.  The trim cottages that line the route date from 1813. Further on we stopped at the Catholic Church of St Mary’s, built in 1796 by and for refugees who fled their homeland during the French Revolution.  Continuing down Holly Walk to the end  apparently one of the houses near the church is reputed to have been the scene of the gruesome murder of a small child in the latter half of the 19th century. The murderer, a red-haired maidservant, dismembered the body and smuggled the remains out of the house in a carpet bag. People walking along Church Row as the first rays of daylight appear have heard stealthy footsteps shuffling behind them and a red-haired woman has been seen moving quickly toward the church, her head turning from side to side as she glances furtively around her.  ollowing her ghostly route through the gates of the Parish Church of St John,  you turn immediately left to descend the earth path that snakes its way past crumbling, weatherworn tombs.  As it twists violently right and the ground beneath your feet changes to asphalt, you pass the tomb of the artist John Constable (1776–1837). Walk to the end of that path, go right and take the right uphill fork, passing beneath gigantic trees that give a shadowy stillness as you walk among the graves.

It has been suggested that this was the churchyard in which Bram Stoker (1847–1912) placed the vault that housed the undead Lucy Westenra in Dracula. The location is certainly eerie and sinister, and it is easy to imagine Van Helsing and Dr Seward standing by the tomb

Along Mount Vernon  Number 7 is where  Robert Louis Stevenson (1850–1894), author of Dr Jekyll and Mr Hyde, Treasure Island and many others, lodged on several occasions.

And then on to the William IV - somewhat blocked by the Hampstead Creperie queue which filled the pavement.   However, at least we didn’t encounter some of the other residents - This quintessential Hampstead pub is cosy, snug and haunted. Local tradition maintains that a long time ago a doctor’s wife, for reasons long since forgotten, was murdered by her husband and bricked up in the lower depths of the house, now the pub’s cellar. Ever since, her ghost has rattled windows and slammed doors in the middle of the night, and generally disturbed the pub.  This section of the High Street is haunted by the ghost of a young girl who stands on the pavement looking sadly in at the windows of the pub. She wears a white shroud and her long plaited hair hangs untidily across her shoulders. She is said to be the phantom of a patient at a dental practice that once stood opposite. Following a particularly traumatic bout of oral treatment, the poor girl killed herself rather than keep her next appointment.

Geoff’s guided tour had to end here - with a very unusual finish - he had a half!   His excuse was that he had to dash off to the O2 to see Lindsey Buckingham John McVie Christine Perfect Stevie Nicks and Mick Fleetwood.  Some of the stalwarts staggered off to another Flask…. 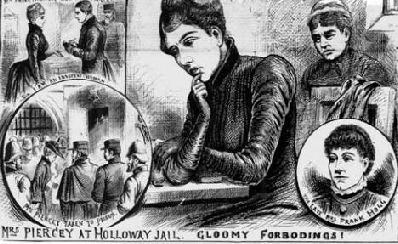 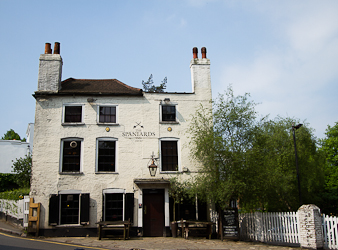 Join us and follow in the footsteps of Ed Miliband who, on his election trail, took a stroll on Hampstead Heath in order to meet up with a few "ordinary" people. No, not the Wolves London brigade as there is nothing "ordinary" about us! Remember Gareth (or was it Colin?), the software engineer, Xiomara, the chef who could not afford afford to go to college and so worked in a pub and Beatrice and Helen - two students off for an open air swim who were hoping to meet Benedict Cumberbatch but bumped into Ed instead?

Although I cannot guarantee a meeting with Ed or any of his "ordinary" acquaintances, I can guarantee a good walk, a few decent ales and a visit to some of London's most haunted pubs where you are more likely to meet up with the ghost of a doctors wife murdered by her husband and bricked up in the basement of the "William lV", the phantom waitress at "The Holly Bush Inn", or the ghost of Dick Turpin at "The Spaniards Inn"! See the tomb of John Constable and wander the

churchyard where Bram Stoker placed the vault that housed the undead Lucy Westenra in "Dracula".

Indeed, you might be lucky enough to take part in "The Swearing of the Horns" at the "Flask" in Highgate where participants kiss a pair of stag's antlers and swear to drink only strong ale! They also have the right to kiss the most beautiful girl in the room!

Join us if you dare, on Saturday 27th June, by meeting at "The Gatehouse" in Highgate - itself haunted by the ghost of Mother Marnes, an old lady murdered for her money inside the original pub - at 11am for breakfast and a 12 noon start. 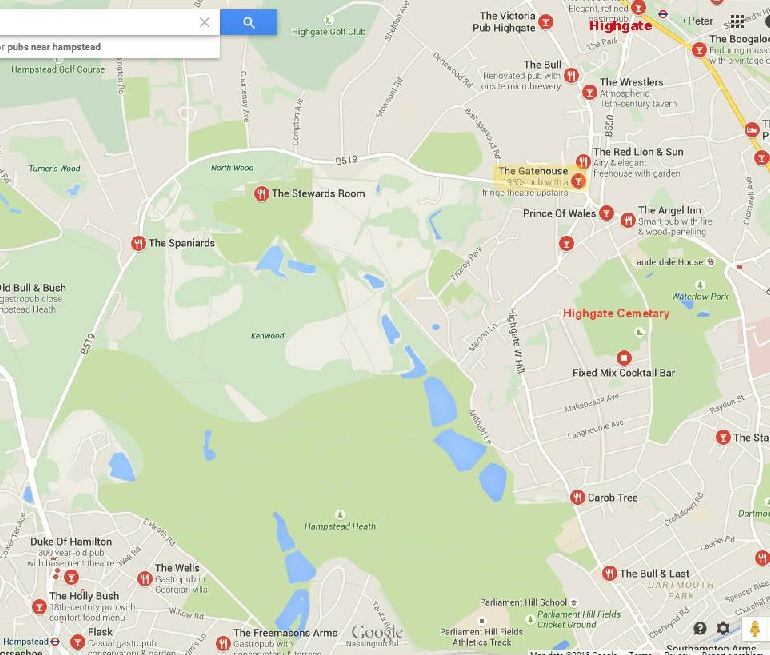