On the exact 50th Anniverary of our first match (Saturday 22nd October 1966-2016) Wolves again kindly hosted a groupd from WWLSC in the WV1 bar.  Our sincere thanks to the Head of Communications Matt Grayson and Wolves.  Pictures from guest Sue Wharton follow  here

Later, after the match, the gang adjounred to the Catellani Italian Restaurant School St to be joined by Lofty and Mel here 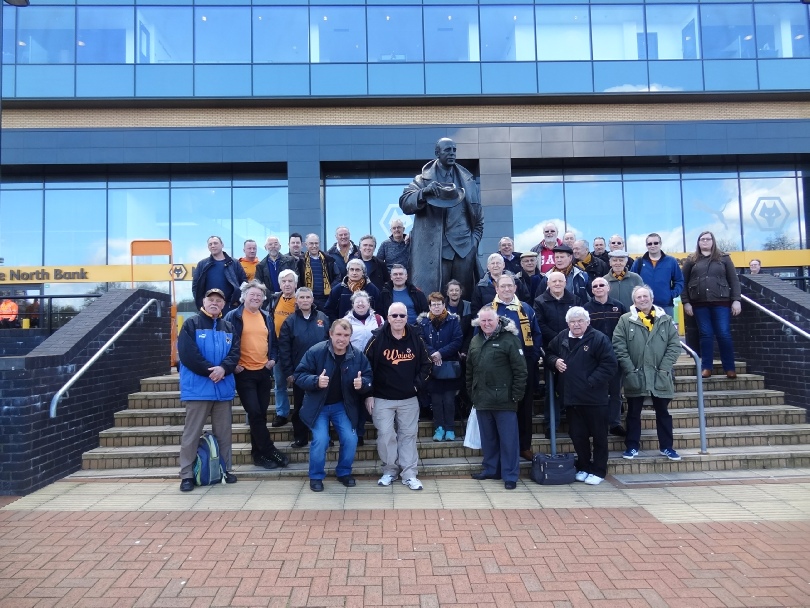 Jez presented Stuart with a souvenir  showing the Rotherham Progammes frm 1966 and 2016 which will be hung in the North Bank Bar.  In thanks for the reception and for 50 years of friendship with Wolverhampton Wanderers Stuart presented Jez also with a version of our player of the season trophy.  Jez also welcomed us in the matchday programme 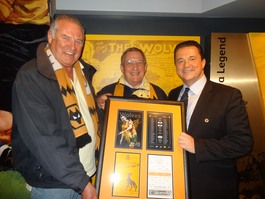 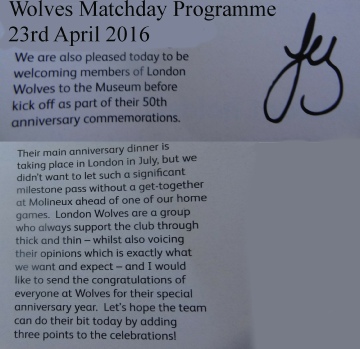 The plaques are now displayed in the North Bank Bar 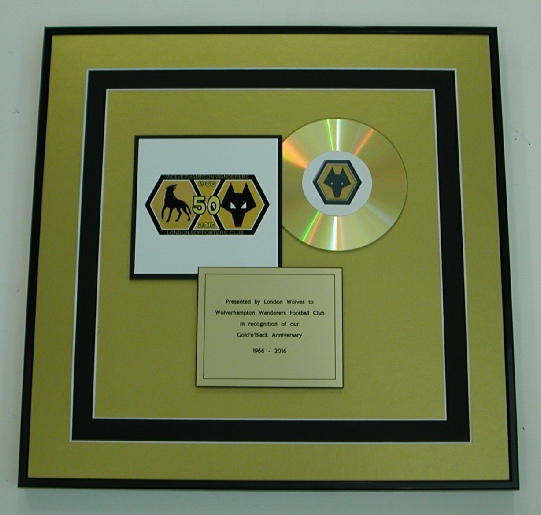 Our thanks to Aaron Nouha & Ethan for joining us 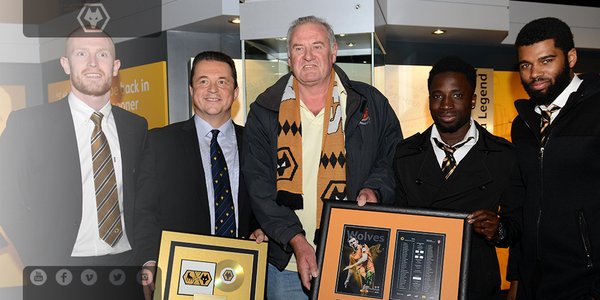 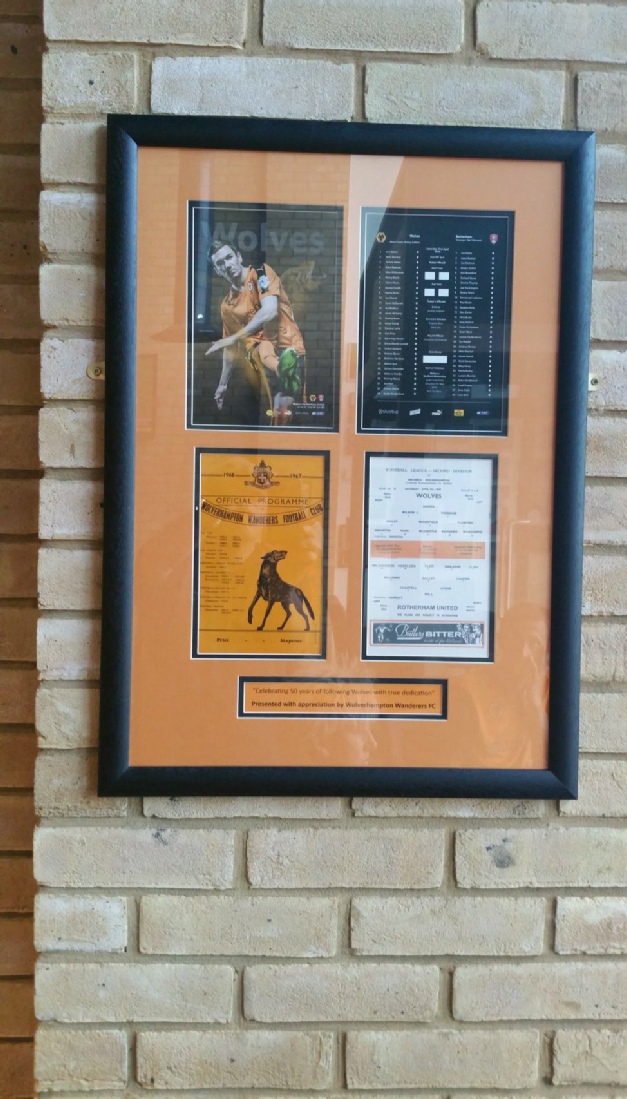 Our special guests, courtesy of WWFC were Mike and Barbara Bailey and Terry And Sue Wharton - Terry and Mike both played in that win over Plymouth with Ernie Hunt and Dave Woodfield scoring 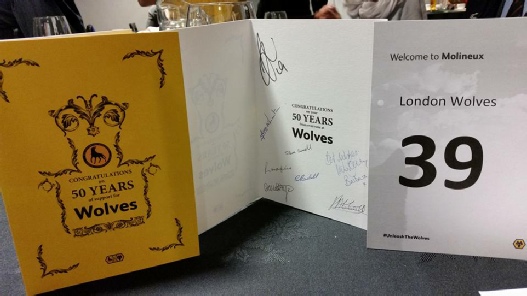 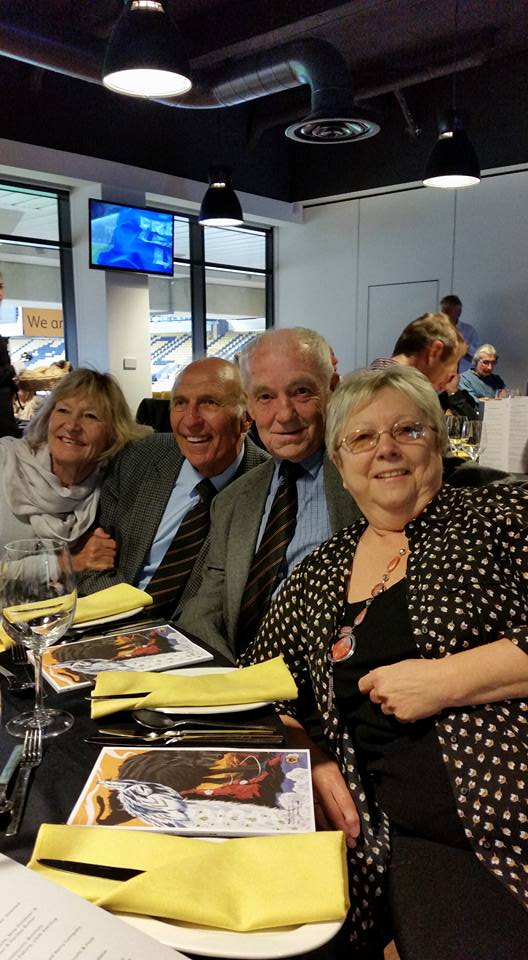 And pictures from Steve Carvell - Steve enjoyed the event and also had an email from Mike Bailey -  “Apart from yesterday's result a great day. We thoroughly enjoyed the lunch - so good to meet up with London Wolves - such a friendly group. Just as we were leaving Wolves we met John Gough (Chairman) who introduced us to two of the new Chinese owners - extremely nice gents. Thanks again for your generous hospitality (coincidentally it is 50yrs since I signed for Wolves!!!) Kind regards Do hope Wolves start winning again!!