Wolves enjoyed one of the best campaigns from a newly-promoted side in Premier League history, finishing in seventh place in the table. Nuno Espirito Santo’s men finished nine points behind Manchester United, although they still managed to earn a qualifying berth for the Europa League.

The club managed to blend the side that won the Championship crown seamlessly with a litany of arrivals from Portugal, using their relationship with Jorge Mendes to great effect. Wolves produced a number of fine performances, including victories over Arsenal and United at Molineux. The challenge now for Nuno and his team is to avoid the dreaded second-season syndrome.

Although qualifying for Europe is always a massive achievement, it may complicate matters for the Midlands outfit in their bid to remain in the top half of the Premier League. Burnley recently enjoyed a similar campaign to Wolves and almost paid the price as their Europa League exploits resulted in a stuttering start to the term. However, the consensus is that Nuno boasts a much stronger squad than the Clarets and many believe in the latest football predictions that Wolves should finish in and around the top 10 once again, although injuries and suspensions could play a critical role.

Nuno was relatively fortunate last season as many of his key players avoided lengthy spells on the sidelines. The Portuguese found a winning formula with a core group and was not forced into many changes, utilising the same system throughout the campaign. With the additional games that come with the Europa League and the quick turnarounds between Thursday to Sunday matches, Nuno may have to adapt this term at the potential of losing the rhythm of his selection policy.

All of the signings last season were outstanding. Raul Jimenez could have made a claim to be one of the signings of the year, scoring 13 goals in 36 Premier League games. Joao Moutinho’s experience brought a sense of calm to the midfield and allowed Ruben Neves to play his own game, dominating matches in the middle of the park. Leander Dendoncker brought energy and a physical presence when he signed in January, adding what may have been missing from the engine room.

Rui Patricio between the sticks and Jonny at left wing-back brought stability and resilience to the backline, improving the team that was promoted from the Championship. Conor Coady and Matt Doherty were stalwarts of the club from their days in the second tier before the arrival of Nuno and the influx of Portuguese talent. Both were able to rise to the Premier League standard and there will be hope that they are able to remain at that level this season.

This summer, Wolves have been prudent in their business, completing permanent deals for Jimenez and Dendoncker as they had done for Diogo Jota and Neves in the previous year. Patrick Cutrone is the big-name arrival from AC Milan. He showed promise in the 2017/18 campaign before taking a step back last term, scoring only three goals for the Rossoneri. At the age of 21, there is plenty of time for him to improve and alongside Jimenez and Jota in the final third there will be ample opportunities to find the net.

Wolves have an interesting campaign ahead and will be fascinating to see whether they are able to maintain their high standards from last season or will they fall into the mire of the Premier League that has claimed so many promising teams in recent years. Southampton, Burnley, Stoke and Swansea, who appeared to have the division worked out, only to be caught cold. 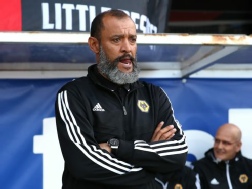